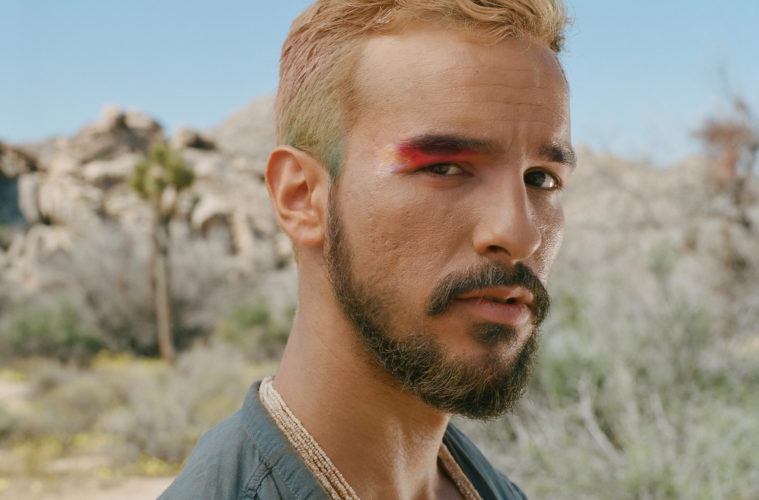 Photo courtesy of the artist

Gabriel Garzón-Montano Can Do No Wrong

Powerful artists, regardless of media or genre, all share one thing in common: vulnerability. This unapologetic tendency to embody their own truth that makes it almost impossible not to be carried away by their work. For years now, we’ve been putting Gabriel Garzón-Montano in that beloved upper echelon of musicians, and with good reason: he’s an old soul with one foot nestled comfortably among past nostalgia while the other stands heavily aware of current issues in need of a vessel.

The Brooklyn-born, French-Colombian artist creates R&B-fueled sounds as eclectic as his own background. Everything about him is endearing; from his colorful persona to an up-and-coming musician that hand-delivered his debut EP to over 500 record stores–a tactic that got attention from the likes of Mayer Hawthorne, Lenny Kravitz, and Stones Throw Records to name a few.

A man of many talents and colors, we’ve seen multiple iterations of the artist as he’s continued to reinvent himself year after year. His debut EP, Bishouné: Alma del Huila, brought forth a bright-eyed realist, operating loops with a worldly, funk-infused swagger. When I first heard “Everything is Everything,” my favorite track off of that release, an inevitable crush was developed. A thirst for his refreshing groove that could only be quenched by seeing him live at III Points Festival in Miami the following year.

Since then, his sound has evolved much like a precious stone does–growing under the weight of constant emotional realizations and personal lessons. To say that he has matured would be an understatement, so let’s say that he’s blossomed instead. Bloomed into a bird of paradise/desert plant hybrid, showing off visionary brilliance and standing tall all on his own.

In his music, you’ll hear a vast variety of influences that come equally from his unique genetic heritage and his own life experiences. What might have been more straightforward and contained in Bishouné, is now a lot more free and expressive in Jardín, his latest release. Where tracks like “Crawl” and “Fruitflies” are equal parts slinky and multi-dimensional. The breadth of his talents then gained him recognition that took him to SXSW and stages around the world.

TL;DR: If you like creative looping with a groove and sensual vocals to pair, you’ll find yourself equally enamored with the brilliant artist that is Gabriel Garzón-Montano.