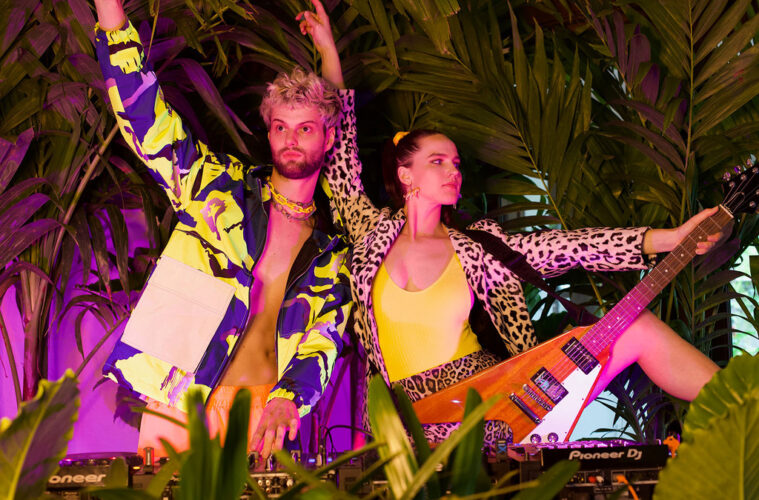 6 Months Into This, and Here are 3 Artists Doing Stuff We Still Care About

It’s hard to believe that it’s been six months since life as we knew it was turned completely upside-down with the pandemic impacting every aspect of our daily lives and forcing us to change and adapt almost overnight. For artists, the pandemic has been especially hard-hitting, stripping them of their ability to perform live and tour, which accounts for a significant portion of their income.

But as the old English proverb says, necessity is the mother of invention, so although the pandemic has brought immense challenges, it has also brought a number of opportunities and musicians have been among the first to explore these silver linings. From building livestream communities to playing solo sets in exotic locations to ramping up fundraising efforts for minority communities, here are three artists who are shining bright during the pandemic and inspiring us to do the same.

With their first single and album together (“Drinkee” and Treehouse, respectively) becoming huge international hits and earning 2017 and 2018 Grammy nominations, Sophie Hawley-Weld and Tucker Halpern are the epitome of the dream team. What’s even more impressive than their pre-corona success is that they have managed to keep the momentum going throughout the pandemic, bringing livestreams to another level and creating a close-knit community while doing it.

Performing live via Facebook and Instagram every day at 1pm EST, participating in multiple online festivals, and giving a memorable livestream for Global Citizen’s #TogetherAtHome initiative, the duo have been brightening lockdowns all over the world one stream at a time since the end of March.

This has not only provided a form of much welcomed entertainment to their fanbase, but created a new opportunity for the musicians to connect with their international fans in a more intimate way, including a 24-hour Zoom session where fans around the world can interact with each other. As Tucker explains, “when we do our live sets [now], we’re playing to people literally all around the world at the same time, so we have this continued relationship with people.”

João Barbosa aka Branko became known on the international scene through his project Buraka som Sistema, whose music helped create space in the mainstream for global sounds. Branko’s solo work has carried on this legacy through his singles, mixes, EPs and album, all supported by the label he founded, Enchufada.

Pre-pandemic, Branko was already familiar with the online music space, hosting his monthly Enchufada Na Zona show on London-based NTS radio since March 2017. The station deemed him the “Anthony Bourdain of ghetto dance music” as he spent the majority of his previous 10-years traveling the world and sharing his underground musical discoveries with the rest of the world through his program.

When the pandemic hit, Branko was ready, and instead of doing regular live streams from regular locations like the majority of musicians did, Branko added his own special touch by performing sets in stunning natural locations via his Instagram (@brankoofficial). With locations spanning Portugal – from the beautiful southern Algarve region to picturesque natural parks and sparkling ponds – Branko has given his fans a temporary escape from their homes, inviting them along to explore the natural wonders of his beautiful country.

The interdisciplinary musician, artist, activist and single mom – Lido Pimienta – has captured the international spotlight since her latest album, Miss Colombia, was released on April 17th of this year – a month after most countries went into strict lockdown. Born and raised in the costal Colombian city of Barranquilla, Lido’s Afro-Colombian and Indigenous Wayuu roots are an inextricable part of her musical identity and have defined her perspective on the pandemic, “it was scary in the beginning—it was like oh great, I just released an album, oh the tour got canceled. But when you see the devastation and the injustice around the world, I’m nothing, I’m just another grain of salt. So, I just feel really blessed, and that is motivating me to continue to do work.”

Prior to the pandemic, Lido already became a philanthropist in her own right, putting in significant work to support her Wayuu community through Fuerza de Mujeres Wayuu (The Force of Wayuu Women). Since the pandemic hit, Lido has expanded her efforts by launching multiple Go Fund Me campaigns to provide groceries and essential items for Colombian families, such as her fundraising effort for the Solidarity Fund for Vulnerable Families in Colombia to help families and the musicians’ unions most affected by COVID-19 in La Guajira and Palenque, Colombia.

As live performances turned to live streams, Lido took the opportunity to once again use her platform to generate awareness about various causes affecting marginalized Colombians. On the day her album dropped, Lido performed for Pitchfork’s Stay-At-Home-Concert series, which invited viewers to donate to the Fuerza De Mujeres Wayuu project to raise funds to provide non-perishable food items, hygiene products, and water for indigenous Wayuu families in Guajira, Colombia. On August 30th, the singer performed alongside other artists as part of a collective called Un Canto X Colombia for the Hasta Que Amemos La Vida live stream concert to call for peace and bring international awareness to the mass crime and violence afflicting Colombia.