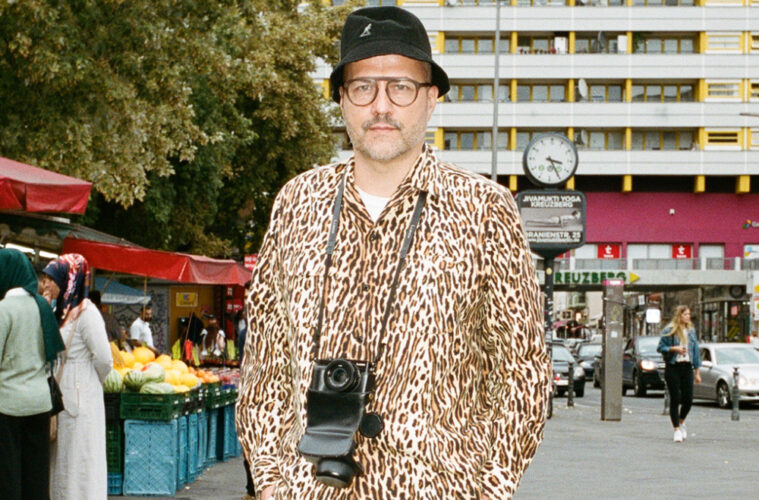 Producer and DJ Daniel Haaksman came of age in the nascent club scene fueling Frankfurt’s transformation into a pulsing house music capital in the 1980s and 1990s. Before Berlin became the cultural hub it is today, he says, Frankfurt dominated the underground in Germany.

“Frankfurt was pretty influential because it had a U.S. air base so we had access to vinyl from the United States that were relatively rare to obtain in the 80s and 90s,” Haaksman says. “That’s basically where I started.”

Though house certainly dominated the scene, the Italian-born Haaksman quickly grew tired of hearing the same tempo rule the dance floor all night long. He started running his own club night with fellow DJ Shantel that became famous for pushing Latino, sub-reggae and experimental hip hop bangers. This eclectic approach to music has defined Haaksman’s career, driving him to travel on music expeditions and founding Man Recordings at the turn of the new millennium.

His journey into producing infectious reduxes of the already-thrumming base of afro-Latin and afro-Brazilian music begins with travel and a constant drive toward experimentation.

“After a friend turned me on to new wave Brazilian funk, I started playing it in the clubs and noticed it was doing really well,” he says. “I decided to go there myself because back then hardly anyone was online and you couldn’t get the music otherwise. I went to street markets and bought something like 150 CDs and I produced and compiled a collection of these tracks.”

As the first-ever Brazilian funk compilation outside of Brazil, RioBaile Funk Favela Booty Beats became a major international success and led Haaksman to officially launch Man Recordings in 2005. Through his eponymous label, Haaksman underscores the vibrant world of Brazilian musica popular, a sound that is still stigmatized today for its razor-sharp insight into Brazil’s working class and favela communities; while additionally collaborating with musicians across Latin America, Africa, and Europe.

Since its founding, Man Recordings has released over 120 records. Haaksman scours the globe over for vocal talent with a pop sensibility, selecting artists by asking fellow musicians to send him music from their cities or – in more normal times – scouring the world’s underground club scene for new talent.

His latest release – a take on Juvia by Malaga’s Cantamarta – pairs Cantamarca’s gentle vocals with ancestral undertones, a mix of indigenous, R&B and Iberian influences that lands the track on Tigre’s favorites. Go ahead and give it a listen – you can thank us later.