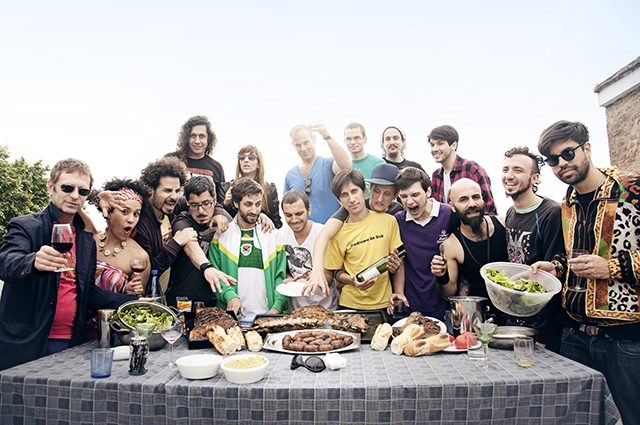 Every once in a while, global music gets an influential bump by the rhythms of a specific region, and Latin America’s sonic identity has been dominating soundwaves for the last several years.

Different genres, moving from underground trap to mainstream pop, are using elements of Latin music to renew their sound. It’s an important moment of unifying diversity for the music industry.

At Tigre, we’ve made a list of four independent labels that have played a vital role for the diffusion and representation of Latin vibes around the world.

Born as a lateral ZZK platform, Aya Records has quickly gained the attention of listeners with new wave music from Ecuador and Latin America broadly. With only 4 years of activity, Aya Records has conquered a wide audience, thanks to a roster that includes artists such as Ifé, EVHA, Mateo Kingman, and Río Mira.

The label’s upcoming release, debuting on February 28,  is Son Rompe Pera’s debut album, ‘Batuco’ Son Rompe Pera is a family band from Naucalpan (Mexico), raised on the marimba tradition and influenced by punk and garage for a true taste of their barrio.

Although Cuba has a strong musical background and reputation, it’s quite complicated to spread the work of Cuban artists worldwide, due to connectivity limitations and a lack of resources or tools. Guampara Music has managed to bypass those obstacles to become the first independent label highlighting the urban scene on the island.

Since its founding in 2015 in Santiago de Cuba, Guampara has made an impact for local talent and the international community at-large, thanks to their musical artists and audiovisual storytelling platform (Guampara Films).

The label’s roster includes some of the freshest and most exciting urban artists, such as El Individuo, Kamerum and old school Cuban hip hop originator DJ Jigüe. Check out their website for upcoming releases, and if you happen to visit Havana be sure to look out for one of their events.

Mexico City has become a Latin American point of departure for countless music lovers around the world. Scores of global musicians have decided to live in the chaotic city  in order to share their work, and that inclination was definitely boosted once Onda Mundial established their headquarters there.

Check out Onda Mundial’s website and social media for upcoming parties and releases.

If we are talking about labels with Latin American roots, it’s impossible not to acknowledge the contribution ZZK Records has made with forward-thinking electronic music since its founding in 2008.

Originally inspired by a series of weekly events in Buenos Aires, ZZK quickly grew into a movement, with a label that employed the ancient rhythms of cumbia as a banner capable of shape shifting different music genres.

ZZK is the label that introduced us to Chancha Vía Circuito and Nicola Cruz. It has built an impressive catalogue of releases over the years, and has extended its reach with documentaries that trace the musical heritage of Latin America.

ZZK knows no rest –while they still launch new releases and organize events, they continue to inspire new generations of musicians blending tradition with technology in Latin America.